Enjoy a 2 hours river cruise in iSimangaliso Wetland Park, home to one of the highest concentrations of hippos and crocodiles in southern Africa. Walk along the estuary where elephant, zebra, rhino and antelope roam. 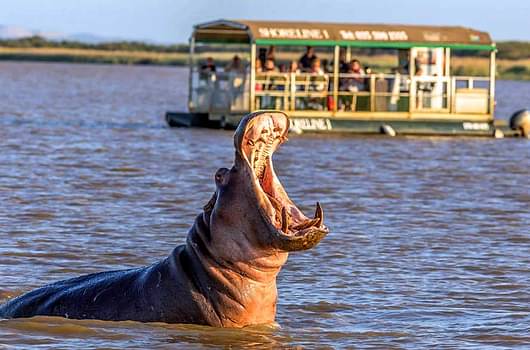 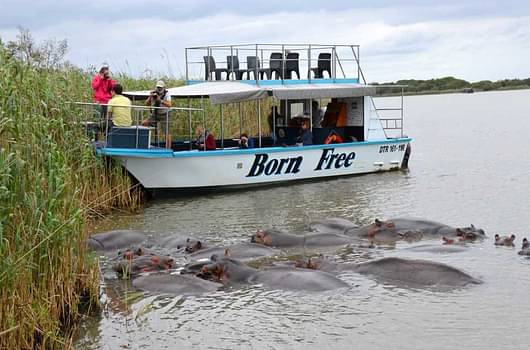 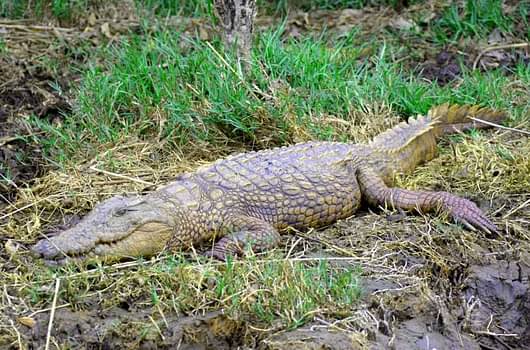 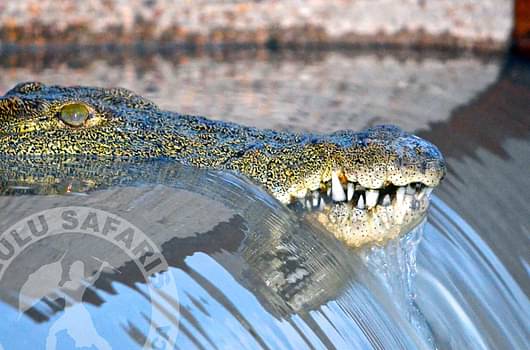 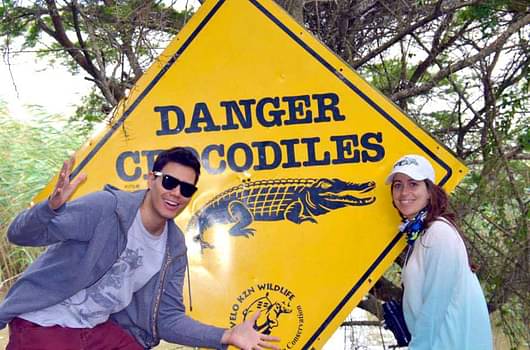 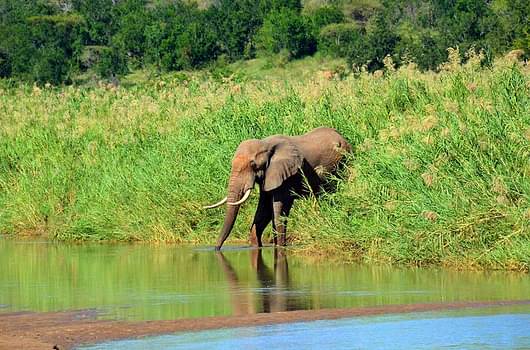 The Isimangaliso (Greater ST Lucia) Wetlands Park,  is a UNESCO Site.  This is a unique and rich ecosystem with diverse and many different animals and sea creatures both aquatic and land based.  You board a River Boat and enjoy a 2 hour safari cruising waters with one of the highest concentrations of hippo, [over 800], and crocodile [over 1000] in Southern Africa.  Be sure to have your camera ready – not just for the beautiful beaches, lush coastal forests, dunes, savannas, wetlands, sunsets over the lake or even the leatherback turtles laying eggs (in summer), but also the extensive game and birdlife and fascinating tropical, coastal scenery.

Watch the Fish Eagles dive for their dinner and hear their “cry of the wild”, a sound that will thrill you, often referred to as the cry of Africa. There will be many photo opportunities to capture the wildlife!  Elephant,rhino, zebra, antelope and many more.

Bird enthusiasts will be richly rewarded!!  There have been 420 species of birds recorded here, including 6 endemic species:  The St. Lucia Parrot, the St Lucia Pewee and St Lucia Oriole to name some of them.  The diversity of grassland, fresh water and sea water birds make this a haven for bird watchers.

The Wetland Park is particularly rich in fauna both small and large, such as bats, wild cat species, leopard, many antelope species, porcupines and endangered species such as the Black Rhinoceros.  There are also many Marine Mammals that occur in the Wetland Park, including Southern Right Whales, Humpback Whales, Bottlenose Dolphins, Humpback Dolphins and Spinner Dolphins.  iSimangaliso is the principal breeding ground for the Loggerhead and the critically endangered Leatherback sea turtle species in Southern Africa.  The Green Olive Ridley and Hawsbill turtles also occur in the subtidal habitats in the Park.  It is also the southernmost-recorded breeding population of Yellow-Bellied Hinge Terapin.   Lake St Lucia and its associated fresh water systems provide habitat for one of the largest populations of Nile crocodile on the Southern African sub-continent.

This area is a fascinating and exciting eco system with lush vegetation which is home to many large and small mammals, reptiles and birds.  Also rich with aquatic life both in the fresh water streams and the salt water estuary.  You will not be disappointed and will return home with many amazing photographs and memories.

Departure Point
pick up and drop off services within a 5 km radius of Durban
Departure Time
6:30 am
Duration
10 hours
Return Details
Returns to original departure point

The tour departs from Durban heading northward along the coast to northern KwaZulu-Natal. The first stop is the town of St Lucia and the estuary inside the iSimangaliso Wetlands Park. There you will board a riverboat for 2 hours guided tour of the estuary. The local guide will inform you of the reserves history and its incredible wildlife.

The Isimangaliso Wetlands Park was declared South Africa's first Natural World Heritage Site in 1999. Previously known as the Greater St. Lucia Wetland Park, the UNESCO site dates back over 120 years. Established in 1895 the reserve is considered South Africa's third largest park with its’ unique ecosystem spanning over 280km of near pristine coastline and 328 000 hectares of magnificent scenery. The protected area is home to one of the largest population of hippopotami in SA as well as an estimated 1000 crocodiles. Isimangaliso has a wealth of plant, bird and animal life, including lion, zebra, African elephant, leopard, giraffe, black and southern white rhino and fish eagles.

After the boat tour, you will travel to the town of St Lucia for lunch and shopping at the local street vendors. After Lunch, the tour guide will show you the beach area before heading back to Durban.